Welcome to the Village of New Concord, Ohio 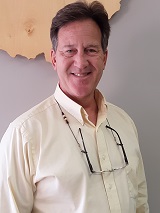 Richard (Rick) D. Giroux was appointed as the Village Administrator of the Village of New Concord effective August 10, 2021, following an affirmative vote from Village Council during its August 9 meeting.

Giroux is responsible for a spectrum of day-to-day operations and strategic planning initiatives for New Concord under the mayor’s direction and brings significant public administration experience to the position. He has been an executive municipal administrator for over 20 years in Ohio and Florida, consistently attaining the local government objectives of the communities he served. He has developed budgets over $40 million, completed over $50 million in capital improvement projects, secured $25 million in grant funding and managed municipalities of up to 125 employees.

“Rick brings the experience, track record and creativity that this position demands, and has a friendly and collaborative approach that the New Concord community will appreciate,” stated Mayor Jennifer Lyle. President of Village Council Kristi Kearns added, “Council is excited to have Mr. Giroux join the team. We look forward to working with him as we honor our history and move the village forward.”

Giroux has received many public service awards, including distinguished and meritorious service for hurricane and catastrophic flood emergency operations, exceptional performance, volunteer contributions and others.

Giroux attended Muskingum University for two years before transferring to Ohio University, where he earned a bachelor’s degree in business administration. Later, he achieved a 4.0 GPA for the core requirements of the University of Central Florida Master of Public Administration program.

Giroux is originally from Cambridge, Ohio where he currently resides with his wife Caryn. They have three adult sons and seven grand-sons.

Recent Posts
Recent Comments
Go to Top
We use cookies on our website to give you the most relevant experience by remembering your preferences and repeat visits. By clicking “Accept All”, you consent to the use of ALL the cookies. However, you may visit "Cookie Settings" to provide a controlled consent.
Cookie SettingsAccept All
Manage consent

This website uses cookies to improve your experience while you navigate through the website. Out of these, the cookies that are categorized as necessary are stored on your browser as they are essential for the working of basic functionalities of the website. We also use third-party cookies that help us analyze and understand how you use this website. These cookies will be stored in your browser only with your consent. You also have the option to opt-out of these cookies. But opting out of some of these cookies may affect your browsing experience.
Necessary Always Enabled
Necessary cookies are absolutely essential for the website to function properly. These cookies ensure basic functionalities and security features of the website, anonymously.
Functional
Functional cookies help to perform certain functionalities like sharing the content of the website on social media platforms, collect feedbacks, and other third-party features.
Performance
Performance cookies are used to understand and analyze the key performance indexes of the website which helps in delivering a better user experience for the visitors.
Analytics
Analytical cookies are used to understand how visitors interact with the website. These cookies help provide information on metrics the number of visitors, bounce rate, traffic source, etc.
Advertisement
Advertisement cookies are used to provide visitors with relevant ads and marketing campaigns. These cookies track visitors across websites and collect information to provide customized ads.
Others
Other uncategorized cookies are those that are being analyzed and have not been classified into a category as yet.
SAVE & ACCEPT